About Us - Tim Clarke.

Born and brought up in Bournemouth, Tim started work at a small chain of electric retailers called Supreme Discount Stores. Some branches in Sussex were called Rayford Electrics. He moved to the Worthing head office, and found a church in Southwick called St Michael and All Angels. Through being involved in running the church youth groups, he met Tracey, and they married in August 1987.

His time in the accounts department at Rayfords then led to an 11 year spell at Singer Link-Miles in Lancing. When the company was merged with arch-rival Rediffusion in Crawley, and the business transferred there, Tim decided to take voluntary redundancy. He very quickly got a job at Family Assurance in the Unit Trust Pricing section, but soon realised that this was not the job for him! With the birth of a second child very imminent, we made the decision to put total trust in God, and thus Tim resigned.

Less than a month later, Tim had a new position with a small, but growing, company in Worthing, not only running the finance department, but with responsibility for the computer systems. Through this job, Tim & Tracey had an all-expenses paid trip to New York to celebrate the company's tenth anniversary! There were also some very special Christmas parties. The firm was a very close family, and it was a sad day when it had to close.

This led to Tim starting his own computer business, which he ran very successfully for 11 years. However, running a small business takes its toll, and when one of his customers offered him a job, he jumped at it. This gave Tim an interesting time in the bus industry. He gained his PCV licence at the first attempt, and put his computer skills to good use developing systems, as well as getting out to drive from time to time! This licence came into unexpected use when we were in Newbury.

Tim's father died while we were on the Kennet & Avon Canal. We therefore spent the next 6 months commuting between there and Bournemouth before spending the next year looking after his mother. With the planned Missions in Thatcham and Newbury the following May and June, we remained largely marina based in Newbury. Tim got involved driving the Bus of Hope mobile youth club on Tuesdays. That then led to some work with Newbury & District Buses, with a regular early morning school run, driving a double-deck bus down some interesting country lanes!

Tim is now running a small but growing web-hosting business from the Good Ship, and we are working towards expanding into copywriting and design services. A keen photographer, Tim is looking to expand into selling pictures and inspirational posters as part of our cruising ministry.

In church life, the son of Raymond Blamire Clarke, a well-known church organist, he has served in various church choirs. In later years, he was one of the Worship Leaders at Lancing Tabernacle and subsequently Sompting Community Church. At Jubilee, a New Frontiers church in Worthing, he played bass guitar in one of the several worship bands. Again, during our stay in Newbury, where we joined Bridge Church (another New Frontiers Church), he was able to play bass guitar.

Now, he is one of the worship leaders at BCF events, and either plays his 12-string or bass guitar - depending what other instruments are available!

To read more about the meaning of "Sola Gratia", click here. 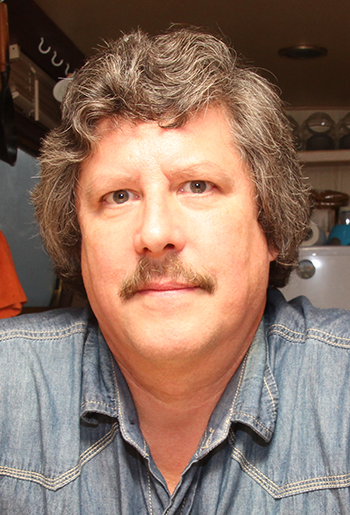